This week I have been working with young people in Kent. Its a chance for them to come out and experience the woods and do things that kids used to do before health & safety wrapped them all in cotton wool and brain-washed them all into being politically correct.
One of the teachers commented “this is great, it is all the DANGEROUS things they are’nt allowed to do”. All we did with them was to show them how to build a debris shelter (in which they could sit and have lunch) and then the basics of firelighting. For the youngsters it something totally different and some you could see it in their eyes that they had found their element, something and somewhere that they were comfortable with. We will see as I will be taking the same groups for another week out in a few months time.
I normally arrive on site the day before the job is due to start, do a recce of the area, build a shelter (which is home for the week, but is also for demonstration) and get all of my prep in for the following few days.
The kids are brought in by mini-bus each day and they normally leave by mid afternoon, leaving me the rest of the day to “play” in the woods on my own – its great!!!
This week I did some carving, spent some time tracking fallow dear through the woods, some baking, a fungi walk and some axe work with my Hudson Bay Camp axe.
The weather as always was very variable, beautiful sunshine – monsoon like rain that lasted a day and a half and at times really quite cold. But I was comfortable and dry in my little debris hut and with a small fire in front, at times a little to warm. 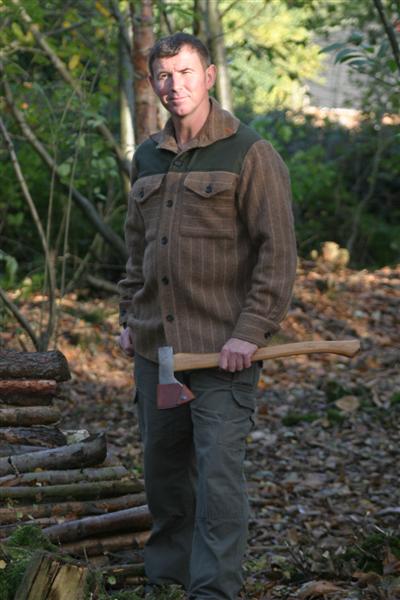 Me - start of the week 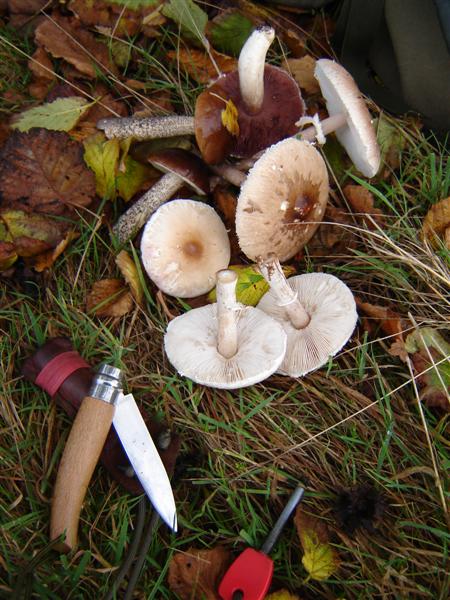 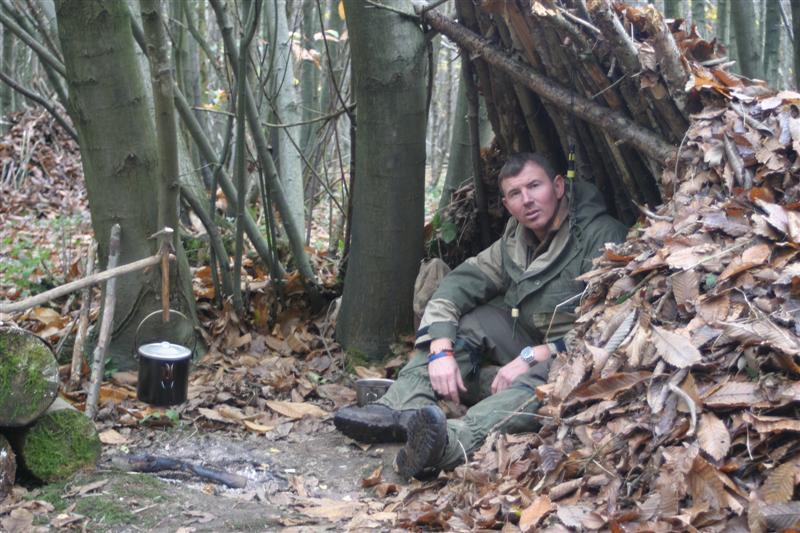 End of the week

Well as I said today I would try and get out for a little bit of a wild food walk, which I did, but first I watched the Grand Prix.

What an amazing track, not a bad race either and well done to Vettel. I do have a bit of a problem with that though, is it just me or isn’t Vettel a bit Schumaker-esque. He appears to have the same smug look that Schumaker had and I stopped watching F1 because I couldn’t stand the site of the man, but we’ll just have to wait and see.

Anyway, the walk. I didn’t really expect to find much as my list of plants are a little limited, but as I walked about I found some common sorrel, rosehips, greater and lesser plantain, some wood avens, rough hawkbit, dandelion’s, dock leaf, white dead nettle and the ubiquitous Stinging nettle.

My little wander took me into an old woodland that’s adjoining some national trust land, there’s a nice little river that run’s through it. With the amount of rain that we’ve had of late the river has noticeably flooded on a couple of occasions by the look of it.

It’s a lovely woodland being predominantly a mix of Beech and Hazel with a smattering of Chestnut, Oak and Sycamore, in spring the garlic comes out and the bluebells appear, it’s an idyllic place.

So I took a wander through the woods, as I walked the light started to dim a little, I got quite engrossed in looking for any and every edible plant that I could see, suddenly there was a thundering noise and out of nowhere can a big black shape, it took me totally by surprise and gave me a bit of a shock. It turned out to be a large 6 month old great dane pup that appeared to be totally insane.

I continued my wander through the woods keeping an eye out for wild food and a whether ear for mad dogs & Englishmen.

At the end of the track I though about how little there actually appeared to be in the way of wild foods in the wood at the moment and it dawned on me about the lack of Fungi that I had seen as well. This struck a note as Neil and I had been on Dartmoor not that long ago and the area we were in had very little in comparison to normal.

It was now however too late to investigate further so I turned around and headed back with the final calls of a hunting buzzard being replaced with the early shrieks of Tawnee Owls on the prowl and as I walked out of the woodland I made myself a promise to get back in the next few days with  enough daylight to have a really good look around.